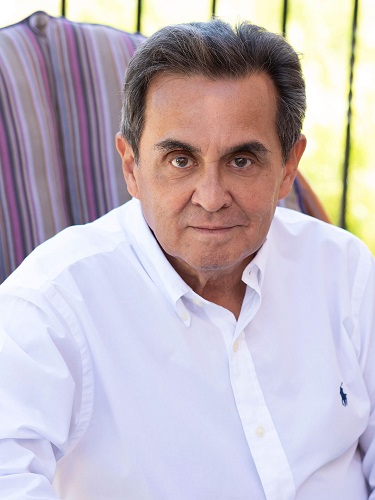 Pioneer in the fight against COVID

Had the vision to treat the first patients with liposomal lactoferrin.

Doctor in Dermatology and Venereology

Visiting professor at the University of Bali (Indonesia).

Speaker at the main conferences of his field and author of over 300 papers. 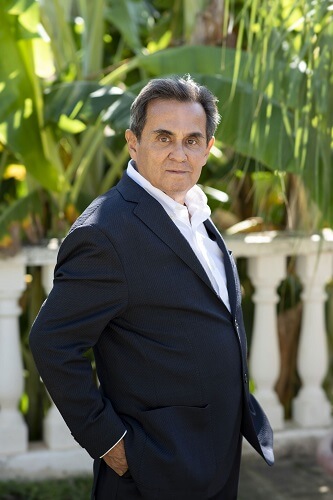 Gabriel Serrano Sanmiguel was born in Bucaramanga, capital of Santander, Colombia, on 14th July 1949. His mother, Cecilia Sanmiguel Acevedo, comes from a family of traders and humanists who contributed to the commercial and cultural development of El Socorro, Santander, where they originally came from.

His father, Gabriel Serrano Garzón, was the son of a pharmacist, and he obtained his doctor’s degree at the most prestigious university of the country back then, the Universidad Nacional de Colombia. Since he was a child, “Gabrielito”, as his relatives called him, showed interest for Medicine, and he accompanied his father on his visits to patients. The family settled first in Bucaramanga, Santander, later lived in Barranquilla, Atlántico, and when “Gabrielito” was around 20 years old, they moved to Atlanta, United States, since his father wanted to give his children a better future. Shortly after moving to Atlanta, Gabriel Serrano Sanmiguel moved to Spain, specifically to Valencia, where he undertook his studies in Medicine at the University of Valencia, where he graduated with honours, and then studied several post-graduate courses in universities of United States and Austria. 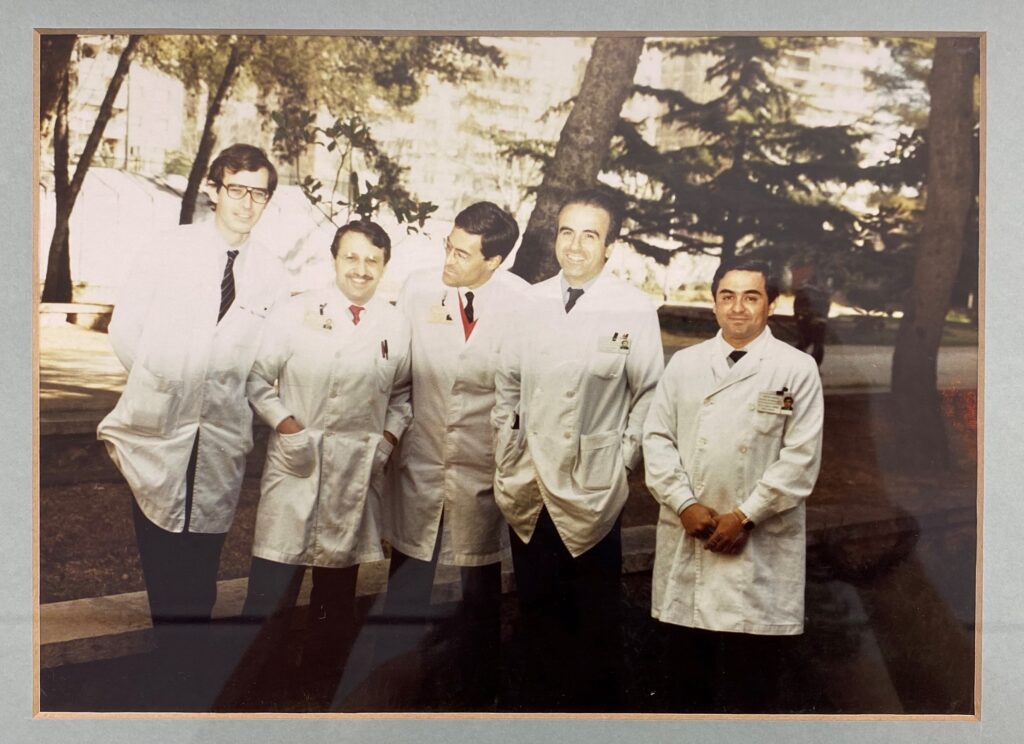 While working as a doctor at the Hospital General de Valencia, in 1978 Gabriel Serrano started, together with a colleague, what later became Clínica Dermatológica Dr. Serrano. In 1989, he founded Sesderma Laboratories, which quickly started selling products in Spain, United States, and Colombia, and he introduced the innovative use of nanotechnology in 2008 and of genocosmetics in 2013. Simultaneously, Sesderma opened subsidiaries worldwide.

Dr Gabriel Serrano with his colleagues of the Hospital General de Valencia.

In 2014, Dr Serrano created Fundación Sesderma Bali, the main goal of which is to “employ and help women in risk of exclusion so they can have a decent life”. In 2018 the Clínica Dermatológica Dr. Serrano opened in Seville, and the new headquarters of Sesderma Laboratories opened in Puçol, Valencia (before, they were located in Rafelbunyol, Valencia). Since 2019, Sesderma celebrates the Sesderma Women Awards. 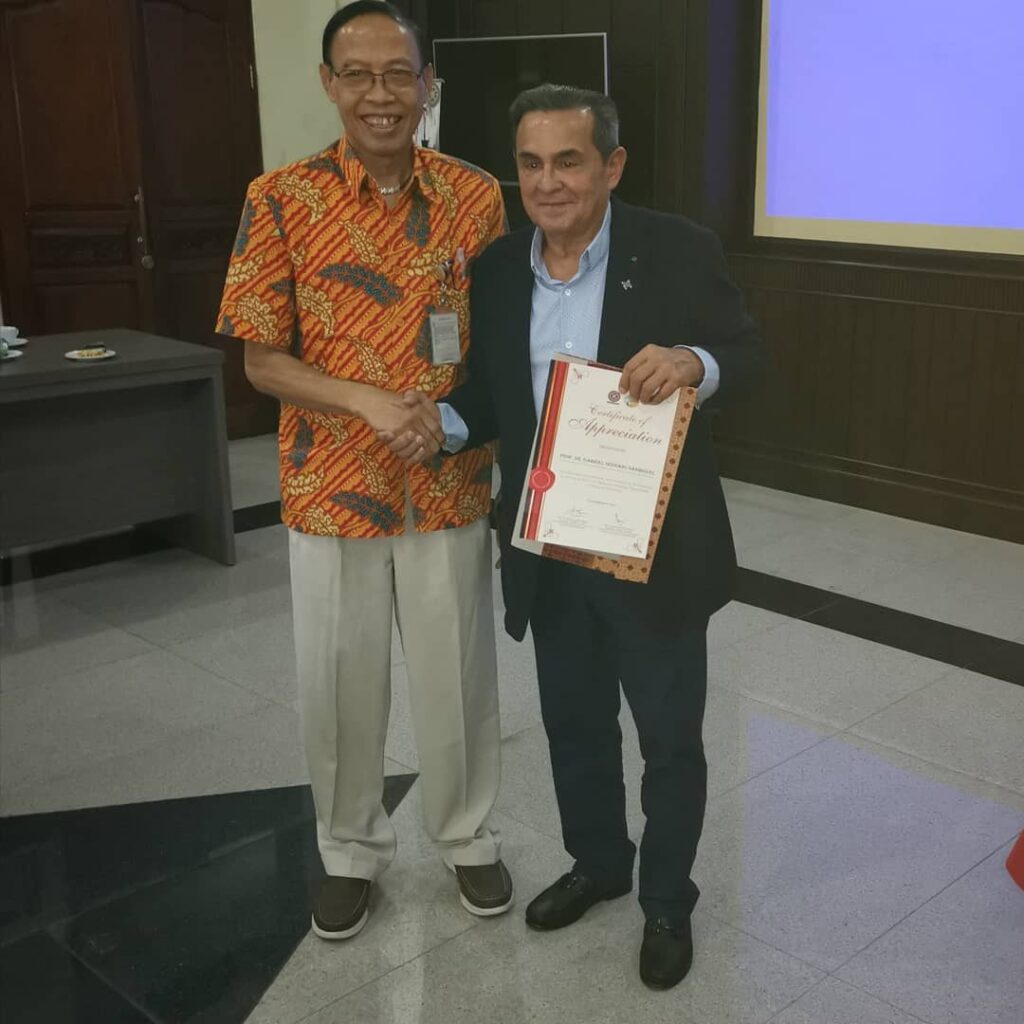 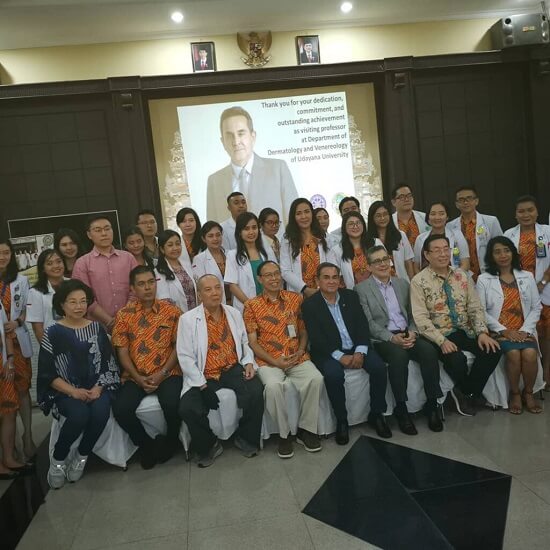 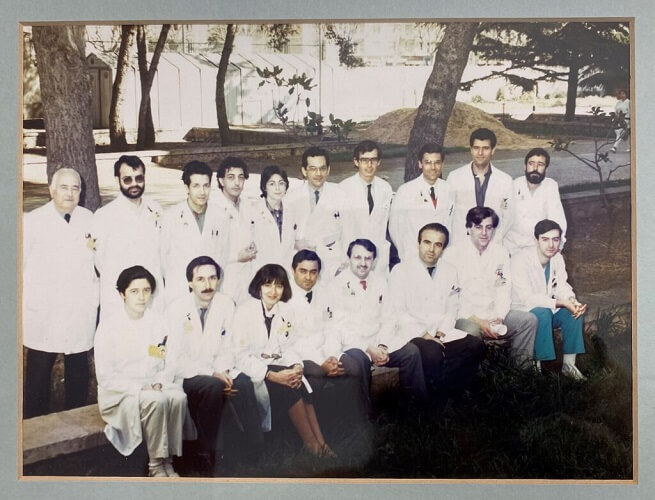 During his life as doctor and businessman, Dr Serrano became a member of many associations linked to medicine, dermatology and aesthetics, and even to business, such as his recent membership of the Valencian Association of Entrepreneurs (AVE). He has also focused on research, development, and manufacturing of products that deliver health and wellbeing to the skin, as well as food supplements, and continues to see patients.

Pioneer in the use of nanotechnology